FREE SHIPPING ON ALL ORDERS OVER $75 (Grills & Mattresses Excluded) 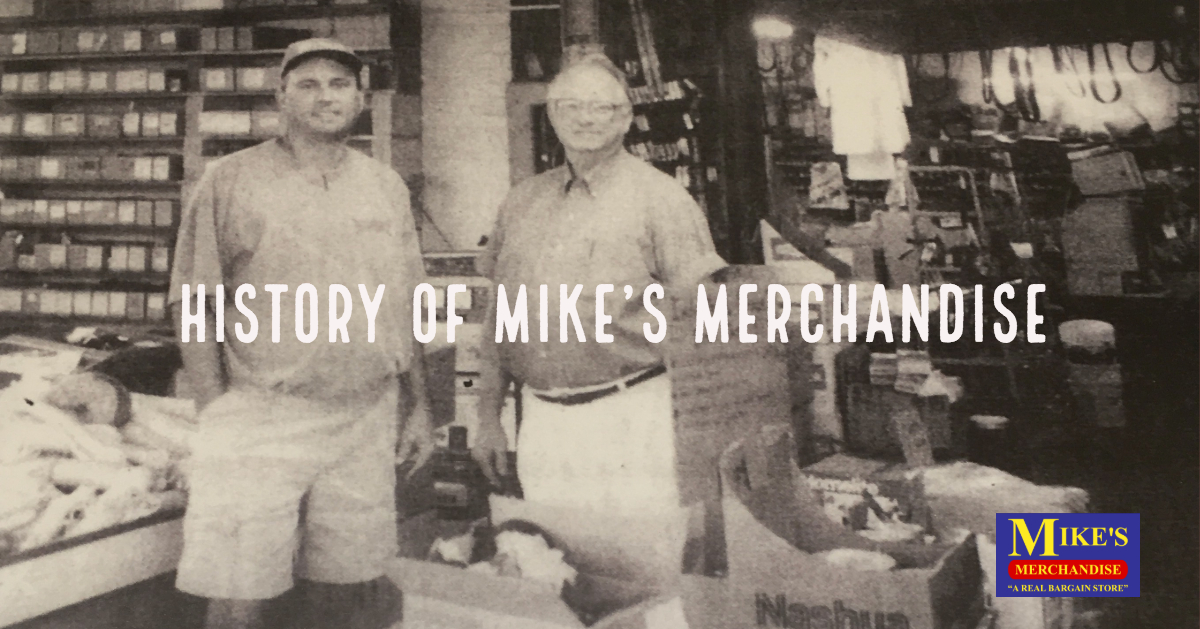 Mike's Merchandise was started in the early 1980's, in the back of Ray & Mike Jone's, Guntersville Alabama machine shop. Mike and Ray would buy odd lots of tools, nuts & bolts, hardware, etc. at auctions, foreclosures, business closing or anywhere else they could buy things for a bargain. Some items they would use in the machine shop and when there was enough "other" items, Mike would take them to the local flea market and sell them. Immediately Mike and Ray noticed an opportunity and began buying items just to sell at the flea market and before long Mike was selling every weekend at flea markets all over the south. Mike's continued to grow and it become obvious that a permeant retail store front was needed. Soon Mike found a spot around the corner from the machine shop, it was a whopping 1,000 sq ft., and was in the shadow of a massive cotton mill (we'll get back to that soon) 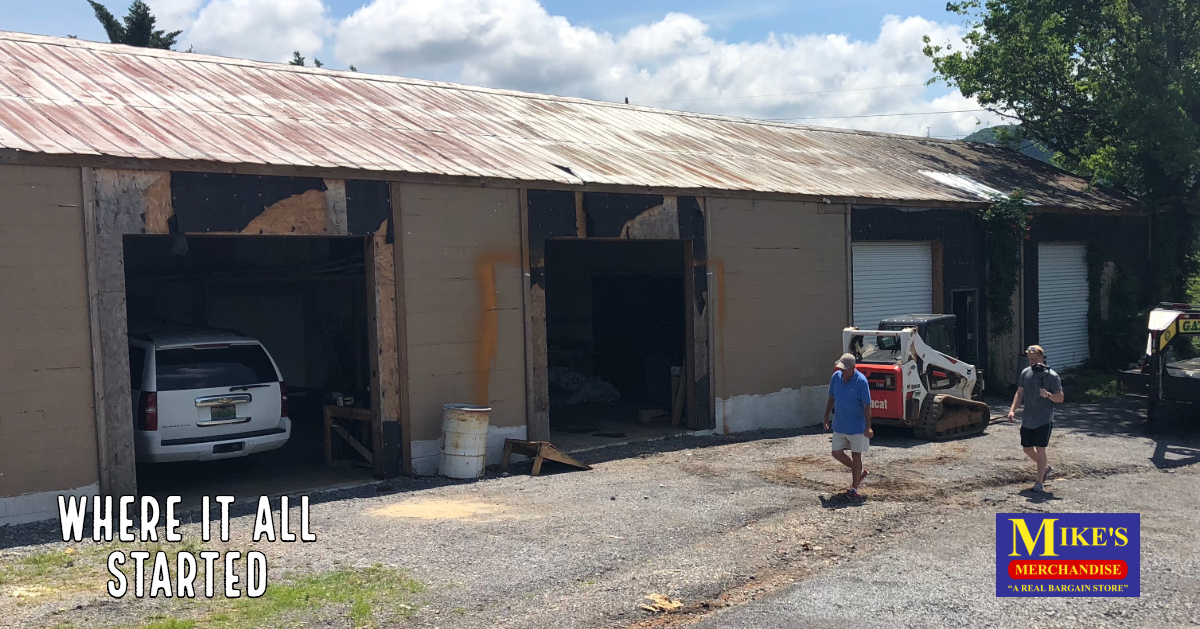 During the 1980's Mike steadily grew the business through each new deal and source he would find. Sometimes people he would meet at auctions or flea markets would offer a tip or a new lead and Mike would track it down. The retail operation began to grow and Mike needed help, his sister Lisa would come by and run the cash register when Mike need to be away and his wife Denise would go with him on the road, buying deals and selling at flea markets on the weekends. Mike was on his way. 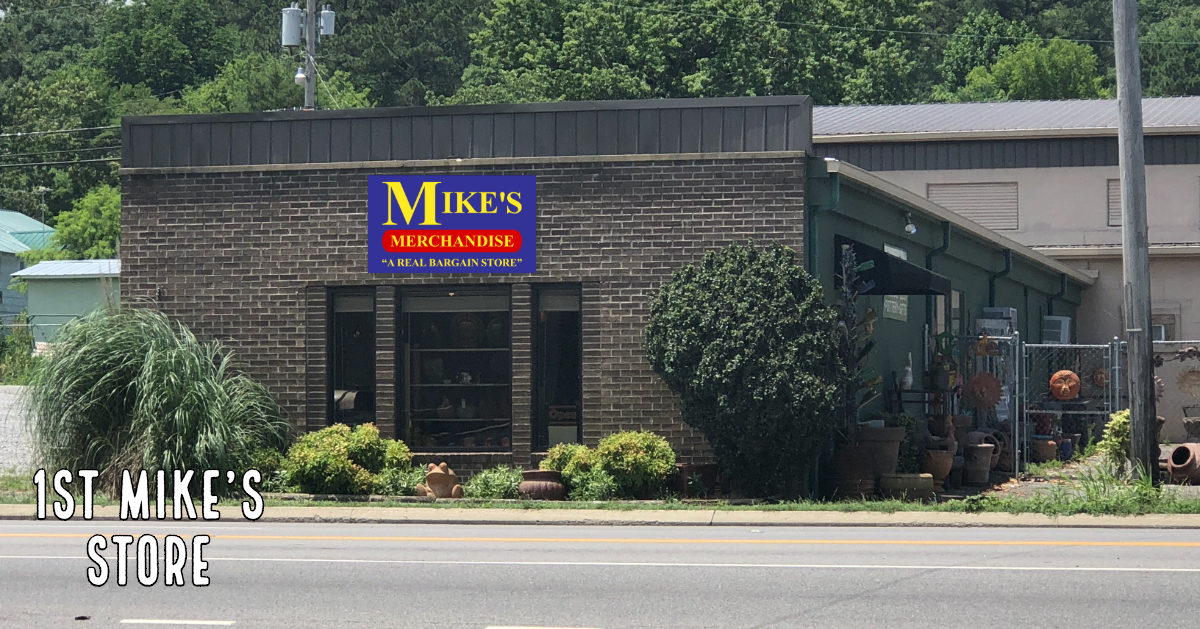 When the early 1990's rolled around Mike started to see the need for more space, he had the deals, he just needed the space. About that time an old Ford dealership was coming up for auction in downtown Guntersville, and on a whim Mike went to the auction, never thinking he would bid, he just wanted to see what it would sell for. To his shock when the auction started no one was bidding, so the bargain hunter made his move, Mike won and he had his space....all the space he thought he would ever need, 10,000 sq. ft.

Through the 90's with the additional space Mike greatly expanded the offerings at Mike's from the concepts roots of tools, hardware, nuts & bolts, etc to anything he could get his hands, including what turned out to be a Guntersville staple....books. Mike would buy books at a auction and his mother Charolette would come in and price them. This grew into a local event, "Book Day" at Mikes, all the new books would be put on the floor the night before and on "Book Day" people would line around the block before the store would open. With the success of "Book Day" the secret was soon out about Mike's Merchandise in downtown Guntersville. That 10,000 sq feet started to fill up and Mike had that familiar problem, he had more deals than he did space. 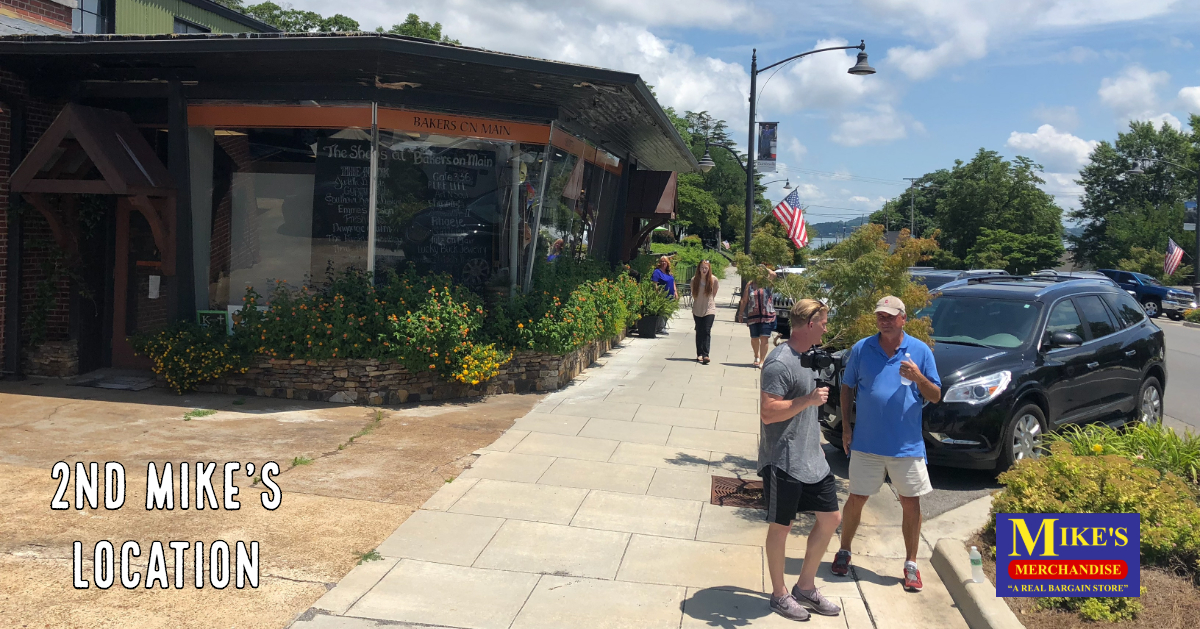 About 2000 Mike started to look for another building, he knew for Mike's Merchandise to take the next step, additional space was needed. About the same time that old cotton mill across from the first store location came up for sale. But Mike's couldn't go from 10,000 sqft. to 180,000 sqft, in one move, could they? Mike bit the bullet and bought the old cotton mill, and the rest is history. He quickly filled the the building and Mike's Merchandise in Guntersville became a destination, not just for Guntersville, but for bargain hunters all across North Alabama and the south. 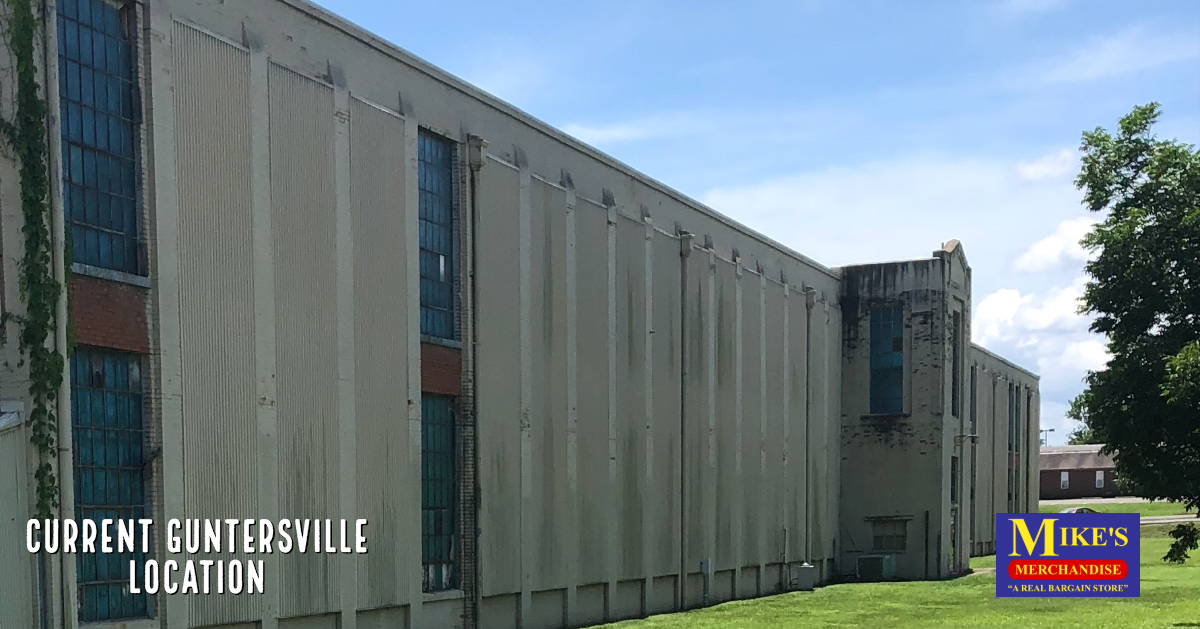 In the mid 2000's with the exposure from the new store location Mike opened locations in Huntsville, Decatur, and Muscle Shoals. Today these stores are overseen by Mike's son Jason Jones, who left a successful career as a football coach to come back into the family business.

In 2004 a Mike's Merchandise was opened in Auburn Alabama by former Mike's employee Albert Henry and his father Al G., a longtime friend of Mike and the Jone's family. In 2015 the Henry's also opened a Mike's location in Montgomery, Alabama.

In 2018 another Mike's location was opened in Pelham Alabama by Mike and Denise's Daughter Mamee Jones and John Cassimus, the founder of the ultra successful Zoe's Kitchen restaurants.

Also in 2018 in connection with the Auburn & Montgomery locations, arealbargainstore.com was launched, which offers products from those locations shipped, pickup in-store, or locally delivered.

From the back room of a machine shop in Guntersville, Alabama Mike's Merchandise has grown to become "Alabama's Bargain Store" with 7 stores throughout the state, encompassing almost 400,000 sq ft. Even though each store is different in the products they offer and the way they are displayed they're still true to Mike and Ray's original concept, take care of people, and sell things for a bargain!